112. &nbspWalking around Pilling with Pink Feet 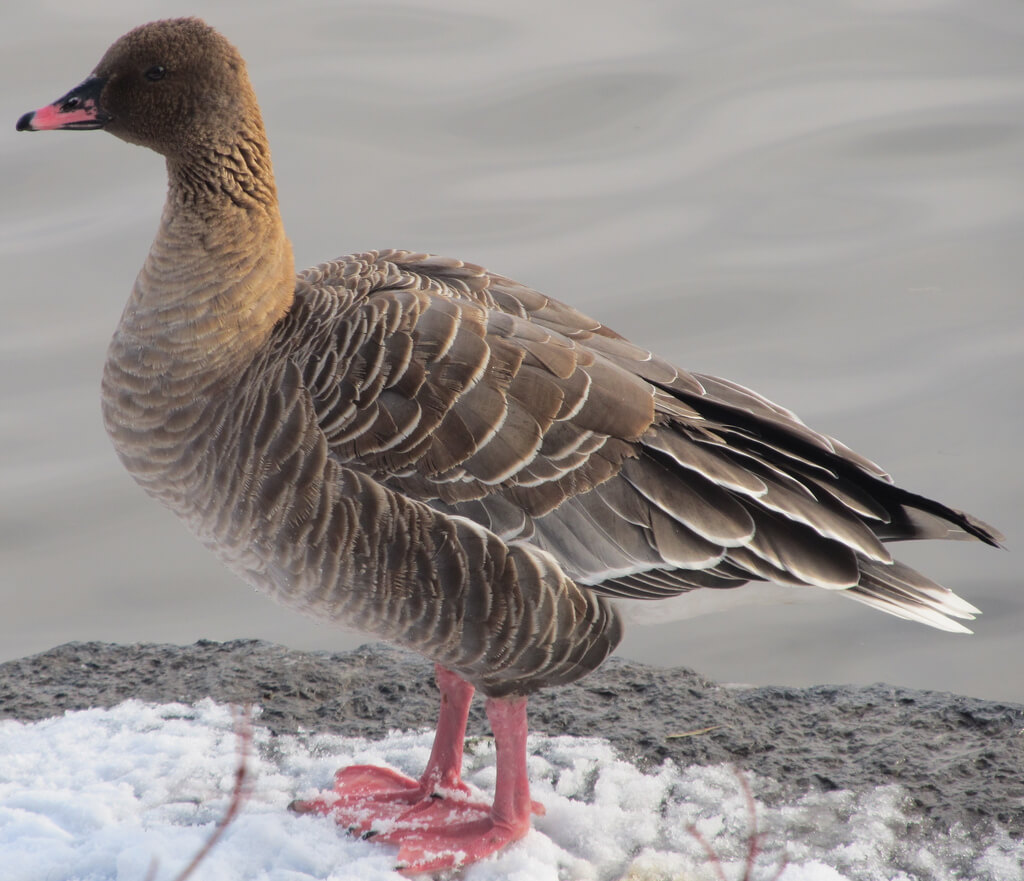 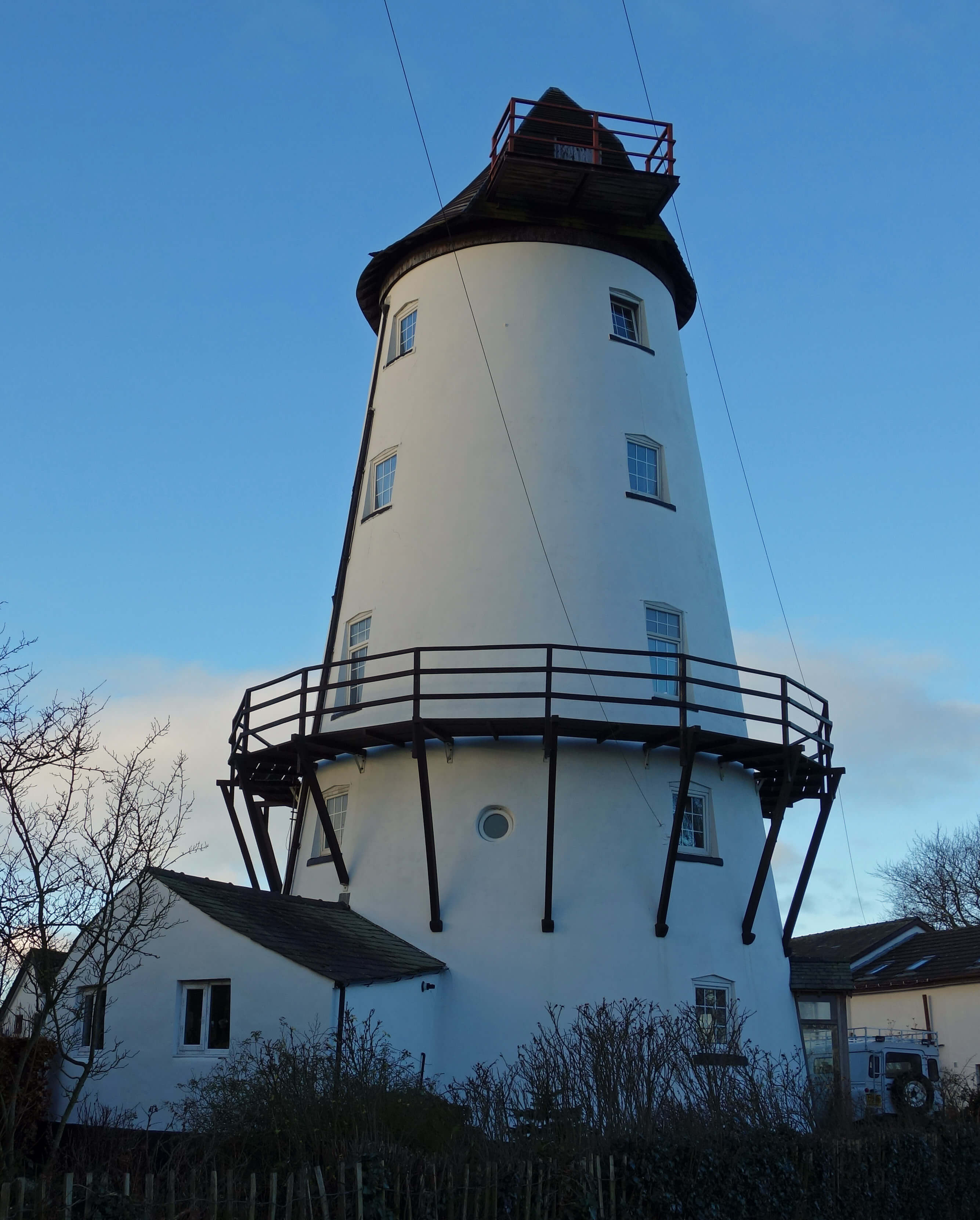 Yes, I know: ëpink feetí is wrong. That was just to gain your attention. Birders call the pink-footed goose the ëpink footí. If thereís more than one, itís still the pink foot, as in ìThe pink foot are backî, which is fair enough, as it is short for ëpink-footed geeseí.

From the embankment at Lane Ends we could see fresh snow on the Lake District hills. There were none of the usual birders about ñ but the sun had only just risen. A chilly wind caused us not to linger, so we walked to Pilling, the largest village of the flat Fylde. It is built mainly of red brick but has two non-red buildings protruding upward. The St John the Baptist Church with steeple was built in 1887 by the ubiquitous Paley & Austin. In 69 I commented that Paley & Austin had a virtual monopoly hereabouts with church building and had at Finsthwaite gone beyond their usual style. That is even more the case at Pilling where, apart from including the steeple, they used pink stones to embellish the upper parts. This church replaced the smaller one nearby, where there is a sun-dial commemorating George Holden (1723-1793), vicar of Pilling Church, who is said to have devised the tide tables (although this is a convoluted tale that I tried to unravel in The Land of the Lune, Chapter 15). The other prominent building is a converted windmill, which was built in 1808 to a height of 22 metres, the highest in Fylde, but had become derelict by the 1940s.

Floral displays, bold for December, enlivened the Pilling streets. May I politely ask that Pilling takes as much care with its footpath signs? We followed one that led to an old pinfold and then evaporated amongst gardens. Returning to Broadfleet Bridge, a group of about thirty pink foot flew over, low and noisy. These were what we had really come to see. Pink-footed geese from Iceland over-winter in their thousands in the north Fylde region, taking advantage of the Wyre-Lune Sanctuary Nature Reserve. They form the V-shaped skeins of our winter skies, with sometimes large numbers of geese passing over with celebratory honks. They are rather dainty birds, for geese.

Having noticed that this section of the Pilling Embankment was still open (it closes from December 26th to Good Friday), we walked back along it. At Lane Ends one birder was now at his station ñ but as we neared he up-tripodded and retreated to his car. It was too cold ñ or there werenít enough birds. I agree with him on the latter point. The last time I came here I was treated to a spectacular display of thousands of pink-footed geese, swirling about, occasionally forming arrows or lines, breaking up and re-forming, cacophonous, eventually moving out over the bay.

After a coffee break we moved back to Cocker Bridge, from where we hoped to see more action in the skies. We walked on a muddy path to Pattyís Farm and on to the Black Knights Parachute Centre. A plane took off. We didnít wait to see if it disgorged a parachutist. That wasnít what we had come to see ñ this was:

Pink-footed geese (as seen on the previous visit)


&nbsp113.   White Stoats on Caton Moor
&nbsp111.   From Millstone Grit to Limestone
A list of all Saunterings so far