4. &nbspIn a Flap at Bolton-le-Sands

The coast of Morecambe Bay is low-lying and somewhat fluid. Over the centuries we have tried to claim salt-marshes for farmland and occasionally the sea has tried to claim it back. To prevent seawater inundation, we build barriers, like the Pilling Embankment to protect Fylde. Unfortunately, barriers also prevent water from rivers, streams and becks from reaching the sea, and so, in trying to prevent seawater flooding we may cause freshwater flooding.

The answer, of course, is a tidal flap in the barrier. The force of the river opens the flap but the force of the sea closes it. Most of the Morecambe Bay outlets have tidal flaps. However, if the flap is closed to seawater then it is also closed to migratory fish such as salmon, trout and eel. Those who installed the flaps presumably considered that the prevention of flooding justified the loss of fish in our rivers. In our more enlightened times considerable thought is being given to the design of flaps that achieve the apparently impossible of allowing fish, but not seawater, to pass. One possible solution is being trialled at Red Bank in Bolton-le-Sands.

Before going to look at it (it would only take five minutes to walk straight to it), I walked on a detour through the village of Bolton-le-Sands (shouldnít that be les-Sands?), along the canal to Carnforth, and back along the Lancashire Coastal Way. This 66 mile Recreational Route runs between Freckleton and Silverdale, although Lancashire County Council believes that it is 138 miles long, between Merseyside and Cumbria.

The sky was disappointingly milky over Morecambe Bay. I could only just see Grange-over-Sands. The Lake District hills had disappeared. I was also frustrated, as I walked inland, to be held up for several minutes at the level crossing, but once at the canal I strode along, pausing only twice, once to watch a luxuriantly turquoise kingfisher and the other to read a sign by the Friends of Carnforth Coke Ovens. I am glad that the coke ovens have friends but I havenít been able to find out why they deserve them.

I was soon at Carnforth, where I paused to browse in the excellent Carnforth Bookshop, which always has a good range of books about North-West England. With my backpack now heavier, I proceeded past Hagg Farm, with a date of 1638, to the Coastal Way. The signpost to it was accompanied by a ìDanger Quicksandî warning, which must be a novelty for a Recreational Route. I treaded warily around the bleak estuary of the River Keer, accompanied by a little egret. Sightings of the once-rare little egret are now so common that I perhaps shouldnít bother to mention it. I did not see many other birds as my eyes were fixed upon all the winding creeks trying to trap the unwary. I did, however, hear skylarks, for the first time this year. 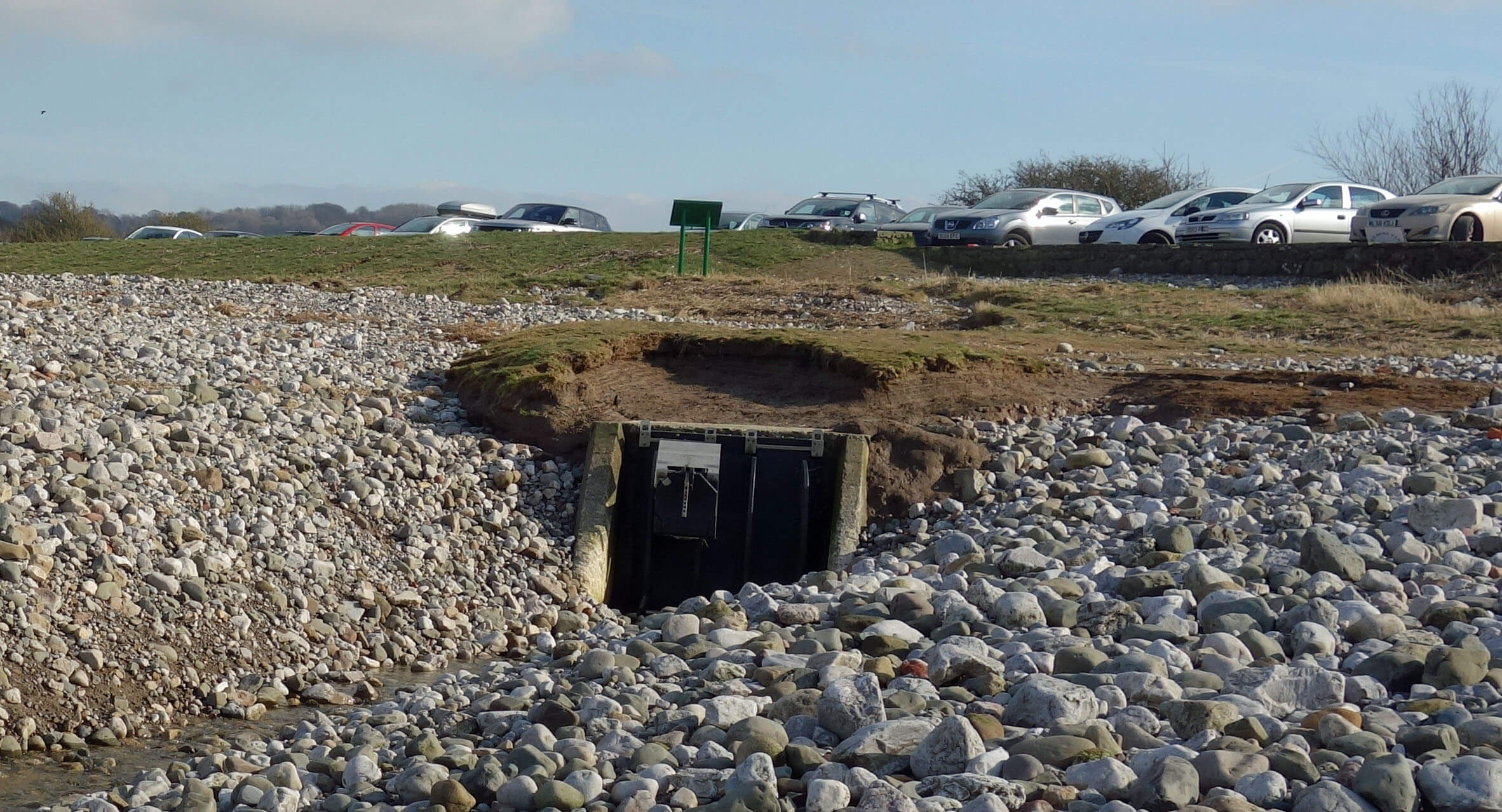 At Black Dyke I noticed an eel pass that had been funded by The Rivers Trust, the Sustainable Eel Group, Marine Management Organisation and the EUís European Fishery Fund, which is pretty impressive for a structure that was about one-foot square. Which reminds me Ö the ësolutioní to our migratory fish problem. The key point is that the crucial time for the fish is the transition phase when the river and sea forces are about equal. The river is concentrated towards the flap and is therefore normally running fast ñ and perhaps too fast for fish, especially eels, to swim against, even assuming that they could reach the flap. When the tidal sea water balances the river flow there is a lull ñ for a few minutes twice a day ñ when the fish can, in principle, pass through.

The solution being trialled around the Morecambe Bay coast is to install a second, much smaller, flap within the tidal flap. It looks rather like a cat-flap. This small flap has some device, such as a float, that adds inertia to the flap, to hold it open during the transition phase. The fish are, apparently, quite adept at utilising the small flap at this time. The first such flap was installed on the River Gilpin, which flows into the River Kent, in 2009, and a number have since been installed around the bay. Most are larger than the one at Red Bank, which was installed in 2014. The Red Bank flap-within-a-flap seemed to be still in working order, and not clogged up with debris as flaps are liable to become. I hope that the eels appreciate it.


&nbsp5.   Circumperambulating Stocks Reservoir
&nbsp3.   Zipping around Thirlmere
A list of all Saunterings so far