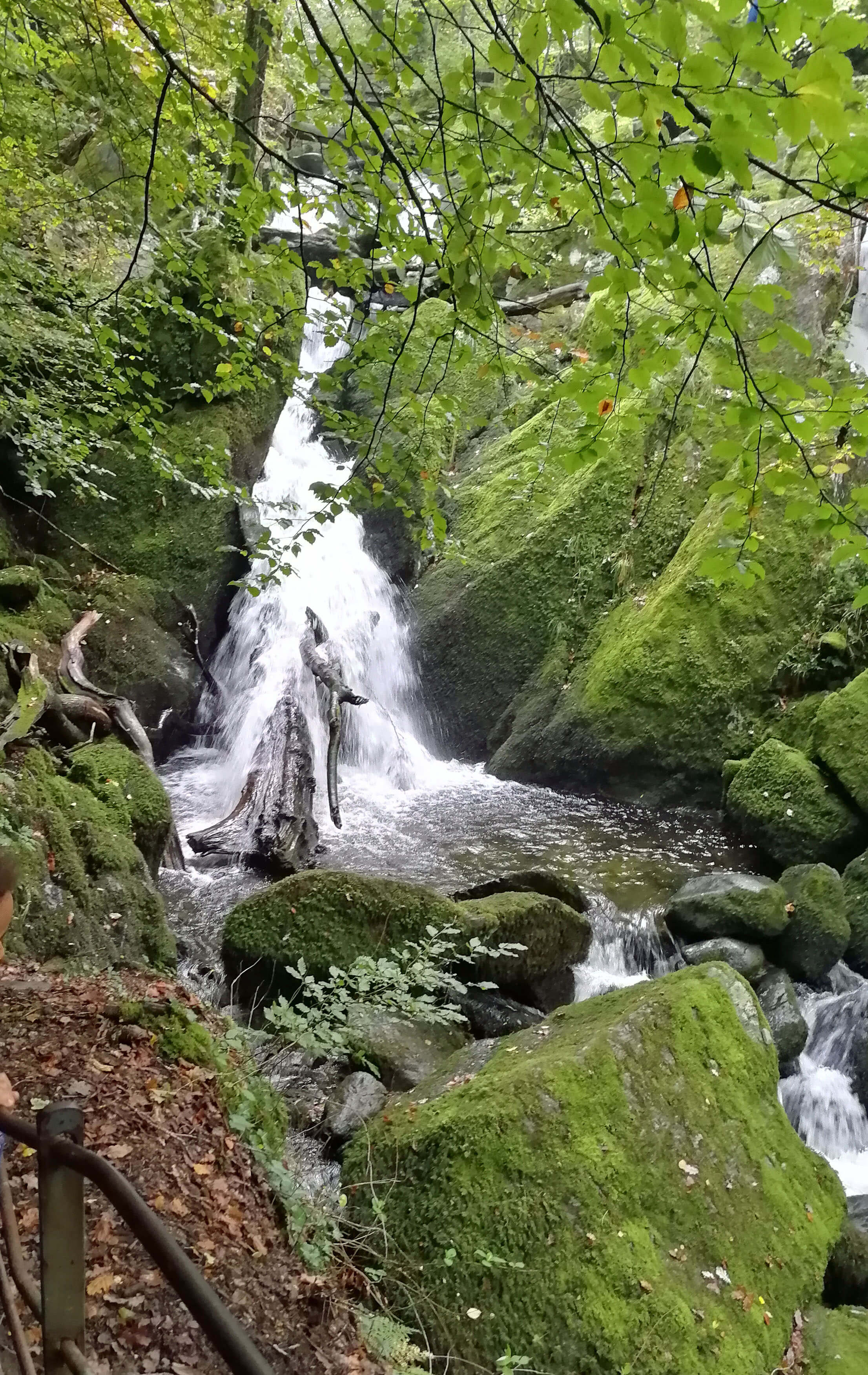 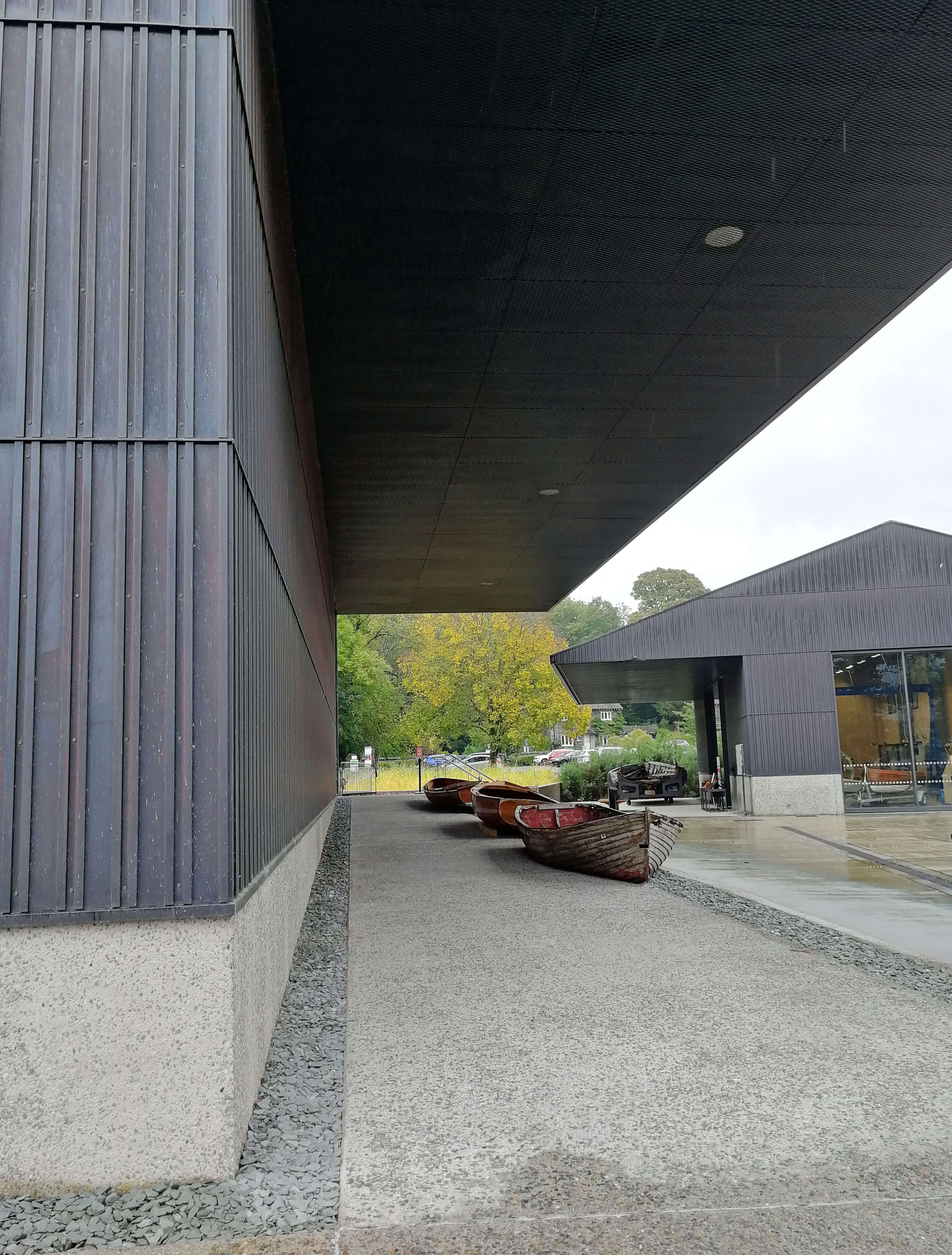 I did not intend to mention these two days here. Our daughter, Pamela, with Andrew and son Cassius, came up from London, keen to see plenty of the Lake District. But three-year-olds are not fond of fell-walking, so I left the camera and note-pad at home, since Saunterings is supposed to be about ‘walking in north-west England’. However, Pamela has now sent us her photos, which she doesn’t mind me sharing with you. So I will. Here are some of them (plus a few words).

The Saturday had low cloud and incipient drizzle. It is only fair that visitors see the Lake District when it is off-colour. We crossed Lake Road in Ambleside, climbed many steps to reach Low Gale and then High Gale, and eventually reached Stockghyll Lane, not far below Stockghyll Force. The waterfall was an impressive sight after the recent rain. Being within easy walking distance of the centre of Ambleside, Stockghyll Force must be the most-visited of the Lake District’s waterfalls (or if not it must be second only to Aira Force, near Ullswater).

We lunched at Gandhi’s, a small café that deserves to be bigger. It must be frustrating for the owners that many more people turn away, or are turned away, than can be served. We moved on to the Windermere Jetty Museum. Pamela, being an architect, was no doubt more interested in the buildings than their contents. The Museum was on the short-list for the prestigious Stirling Prize for 2021. The first impression is of dark sheds with enormous eaves. With the high ceilings, open aspect, and wood panelling, the museum is clearly designed to suit its lakeside setting and function. I don’t know enough about boats myself to be that interested in the museum’s contents, although I am impressed that even with the plethora of Lake District tourist attractions it is possible to find a distinctive niche, that of the history of boating on the lakes. I suspect, however, that the café (which can be independently entered) will prove more popular than the museum. I cannot think of another café in the Lake District that is right by a lake and that provides such a view, even better, no doubt, when the clouds aren’t so low that they are swirling about on Claife Heights on the other side the lake.

Sunday was a brighter day and we headed first for another museum, the Threlkeld Quarry and Mining Museum, which contrasted with the Windermere Jetty Museum. There are no new buildings here. We thought that the short train ride might appeal to a three-year-old but all our co-passengers were of mature years. The museum itself was housed in a real old shed and comprehensively detailed every mine, quarry, and type of rock in the Lake District. Fascinating though they may be to mining aficionados, there were, for me, far too many words covering all available surfaces. There is scope here for someone who knows about modern museum design to turn this into an appealing attraction. Myself, I was more enthused by the magnificent view of the whole southern aspect of Blencathra. 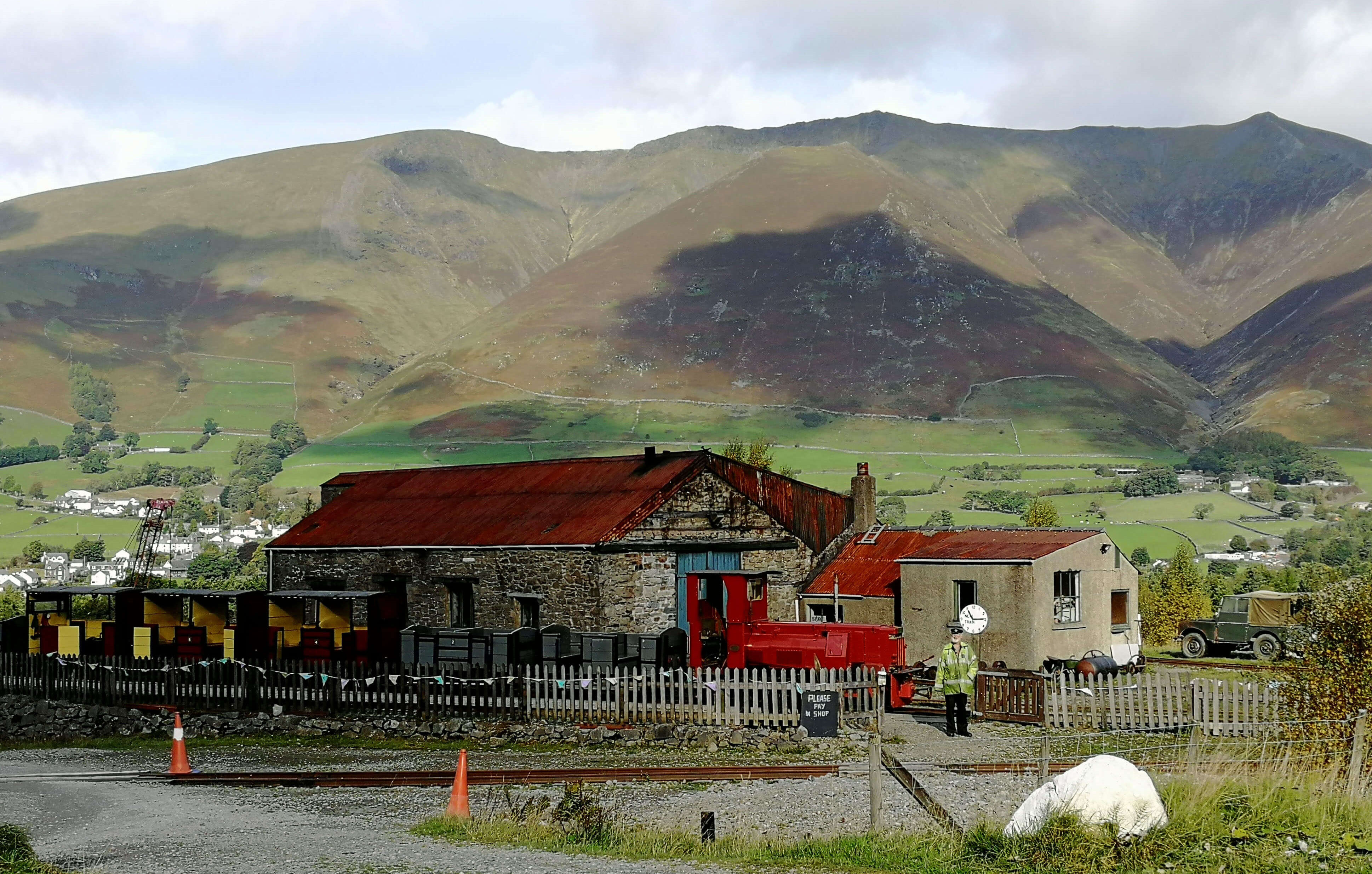 Threlkeld Quarry and Mining Museum - and (some of) Blencathra

After lunching at Kat’s Kitchen in Keswick (is this the only entirely vegan restaurant in the Lake District?), we moved down to Derwent Water to take the ferry to Hawse End. Feeling like real tourists now, we could enjoy the views to Skiddaw, Borrowdale, Catbells, Causey Pike, and so on. 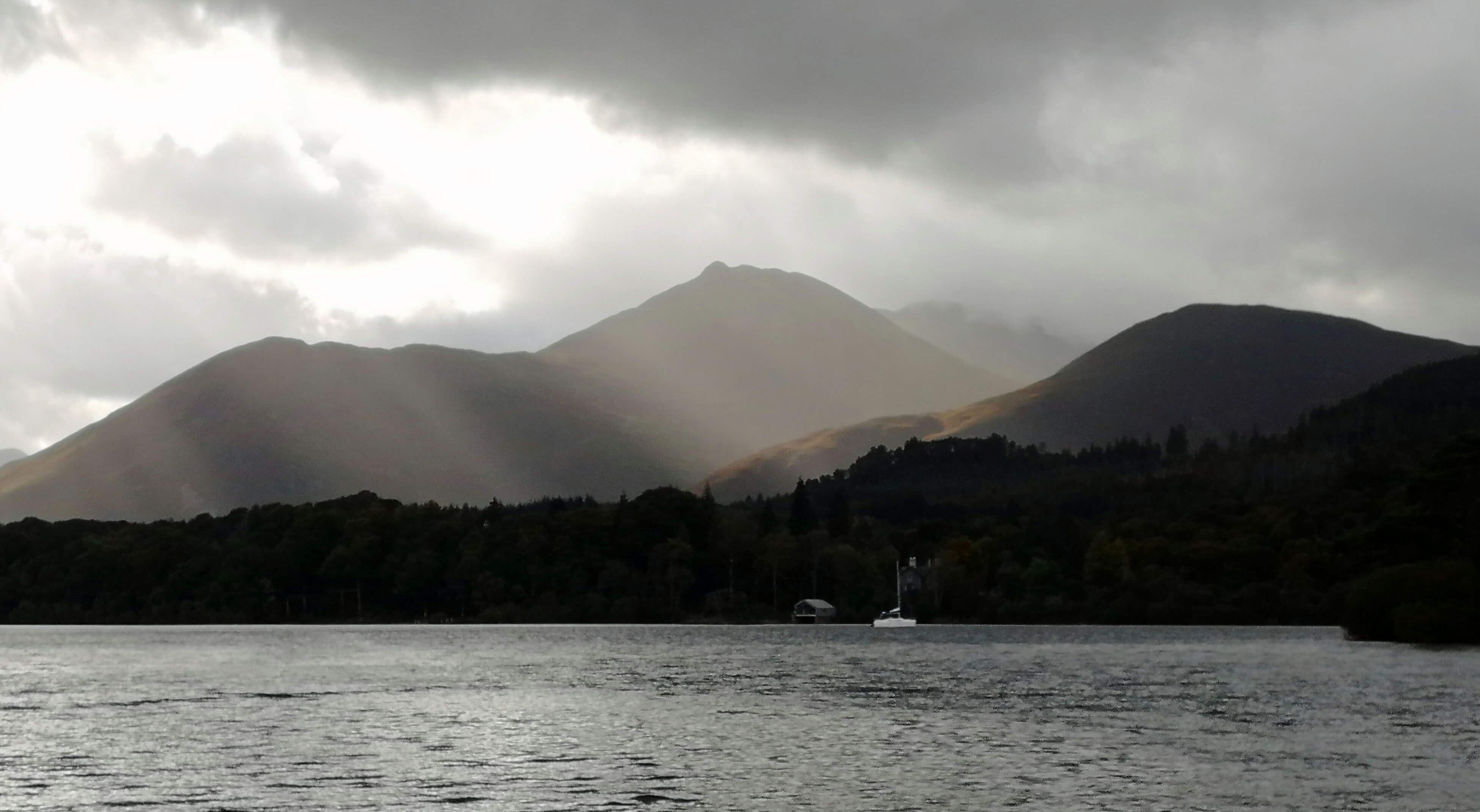 We returned home over Dunmail Raise, with the sun setting, and paused at Langdale Chase, of fond memories, for a view of the Langdales. 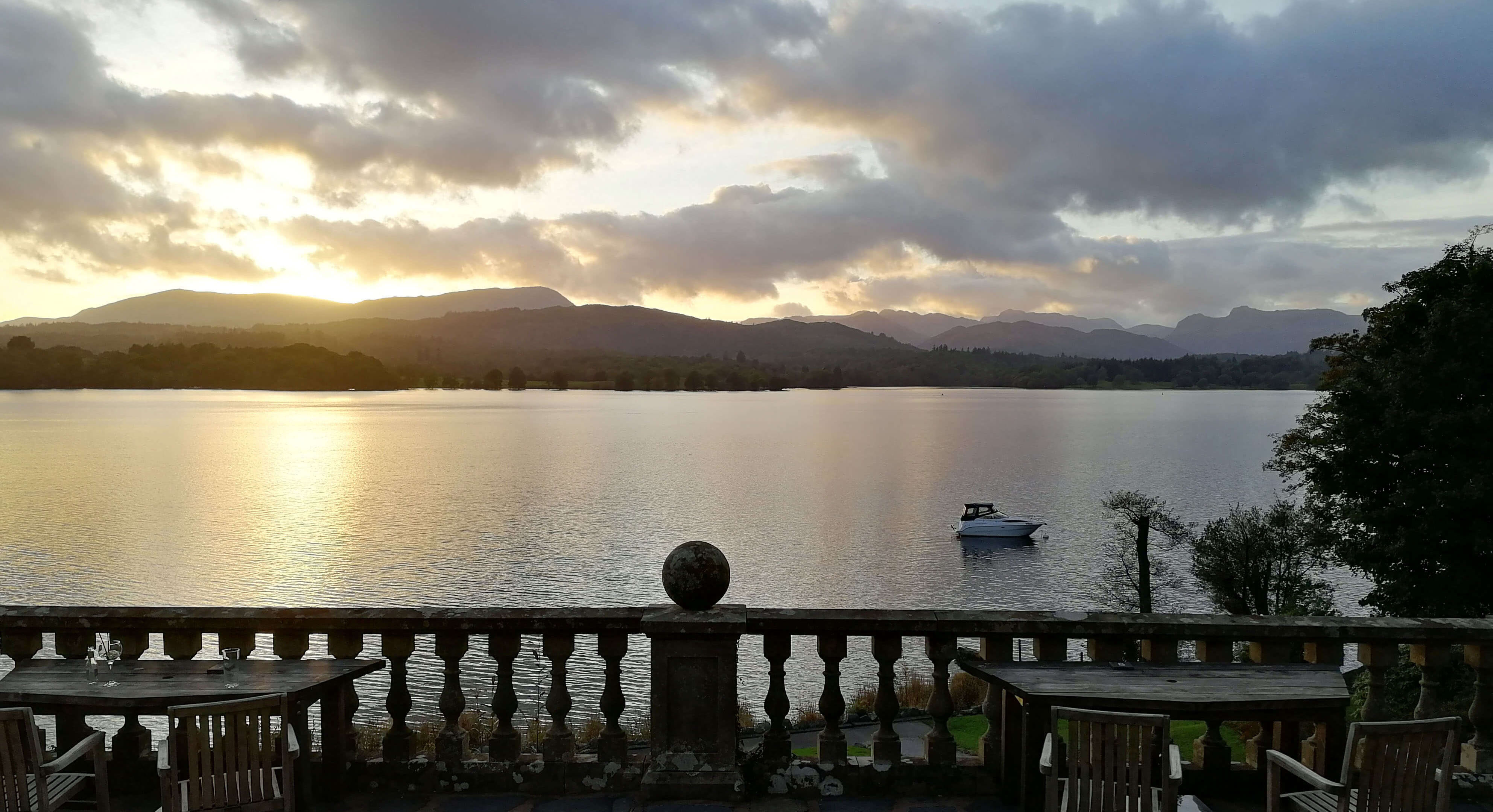 Windermere and the Langdales from Langdale Chase


&nbsp146.   A November Day around Grasmere and Rydal Water
&nbsp145.   Naturalising the Long Preston Deeps
&nbsp144.   Fencing The Clouds
&nbsp...
&nbsp142.   Eskmeals: Dunes, Estuary and Firing Range
&nbsp141.   In and Out of the Lake District, in the Ennerdale Region
&nbsp140.   Short-Circuiting Wharfedale