Kendal Mint Cake “was immortalised in history on May 29th 1953 when it was carried on the first successful summit of Mount Everest by Sir Edmund Hillary and Sirdar Tenzing”, according to the Our Story – Kendal Mint Cake website. Kendal Mint Cake is made from sugar, glucose, water, and peppermint oil. I defy anyone to make what I would consider to be a cake from those ingredients. A necessary but not sufficient condition for cakehood is that I can stick a birthday candle in it. The so-called Kendal Mint Cake is a solid, icy-whitish slab designed to be inconspicuous when dropped on Mount Everest (or Chomolungma or Sagarmatha, as it would be called if the British hadn’t gone around the world renaming things so that they could pronounce them).

I had the opportunity for an evening stroll around Kendal, while Ruth was tuning up with members of the Westmorland Orchestra for the first time since March 2020, so I thought I’d set out for the source of the Kendal Mint. I walked through a part of Kendal that is not mentioned in the tourist brochures, that is, an industrial estate with high security fences and buildings upon which no effort had been spared to develop architectural merit. Yes, no effort at all. I didn’t really mind walking through the region because it is a reminder of the stuff we apparently need to live today (hardware, furniture, paints, bathrooms, screwfix, car-hire, and so on). The Lake District National Park border is careful to skirt the western edge of Kendal to exclude such estates. These buildings would struggle to get permission within the National Park, although the residents within it presumably need this stuff too, which tells us that the Park is an artificially cleansed environment. 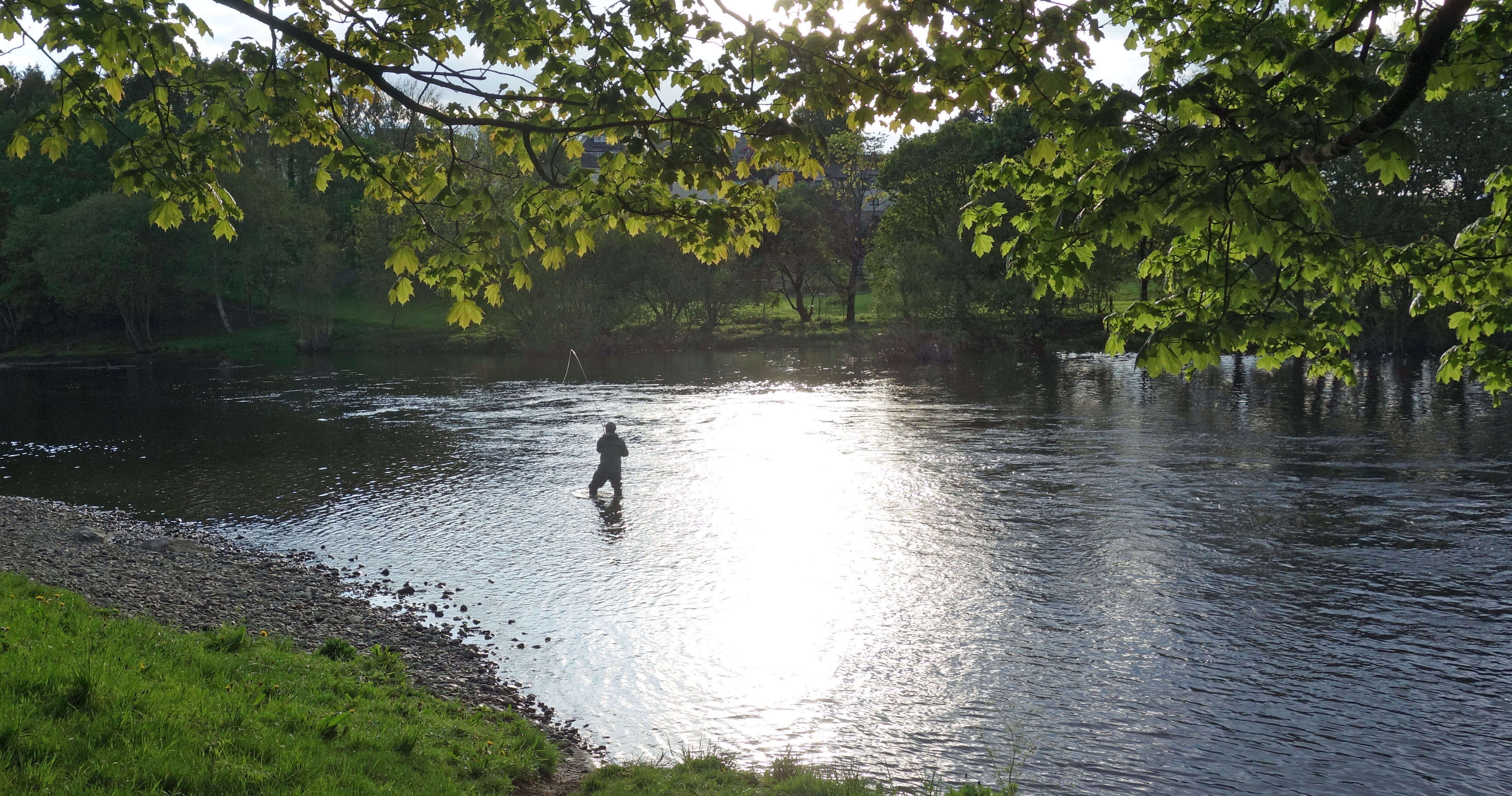 I reached the River Kent at Sandy Bottoms, which is, I understand, a favoured spot of anglers. One was standing mid-river. Has the species of angler that stands mid-river been able to continue throughout the lockdowns? They have been practising social distancing since long before it became necessary. Following the footpath, I reached the River Mint tributary, which was larger than I expected. With this river, and the River Sprint just to the north, feeding the River Kent it is not surprising that the latter is said to be the fastest-rising river in England.

The path by the Mint now passed some open fields on all of which the young people of Kendal were re-discovering the joys of practising their various sports. I crossed the river at Mint Bridge to walk, uneventfully, on the north bank, passing a scruffy bridge that would be ignored by most. I recognised it as part of the Thirlmere Aqueduct, which we traced from the Waterworks Bridge at Caton (89). Here, again, one of the four pipes is a little apart from the rest. And here in this out-of-the-way spot Manchester Corporation wasted no money on ornamentation.

I walked through the grounds of Dodding Green, which was quiet and inactive as I passed by, unnervingly so. I read later that Dodding Green is the home of Britain’s first Cenacolo community, which is a world-wide Christian association to help young people fighting addiction, although I’m not suggesting that that was the cause of my disquiet.

At Meal Bank I crossed over the bridge high above the Mint. Meal Bank is an odd hamlet tucked down in a loop of the River Mint with old mills and cottages and with access lanes that hardly promise an exit to the outside world. Here I had to turn back to Kendal, as the sun was setting on Benson Knott and the orchestra would be tuning down soon. I didn’t therefore reach the source of the River Mint, as I knew would be the case since it arises over ten miles away in Bannisdale. 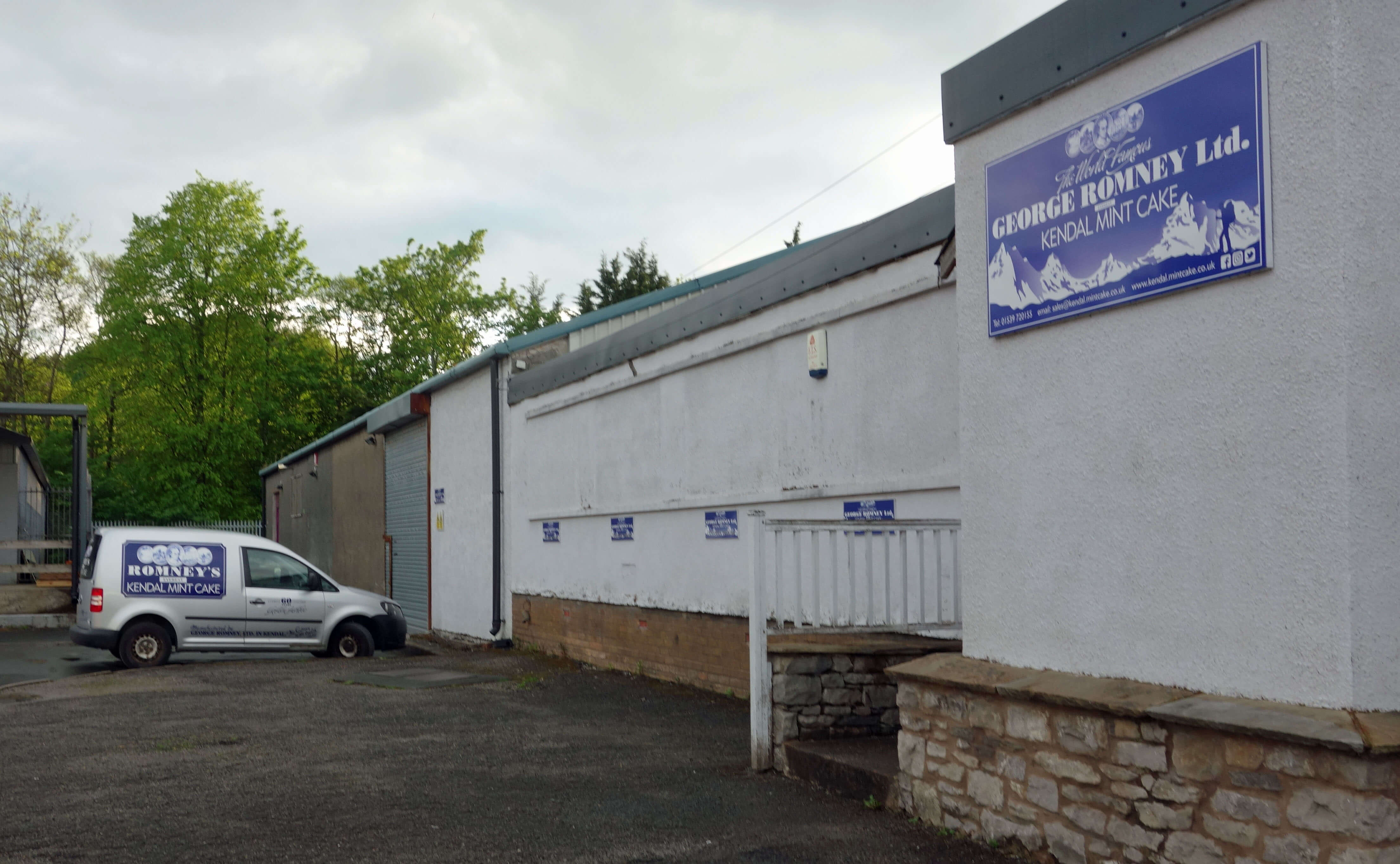 But I did locate the source of the other Kendal Mint (well, one of them, Romney’s – there are others). The Kendal Mint ‘factory’ was one of the buildings of that industrial estate I walked through, in this case a small building with attached shed that gave little indication of the culinary wonders performed within. I am anticipating that this free advertisement for their scrumptious products will result in a delivery of a lorry-load of free samples. However, none of the products (as far as I can determine from the website) uses Fairtrade sugar, and therefore Ruth will not allow them in the house.


&nbsp134.   North and South in the Arnside and Silverdale AONB
&nbsp133.   The Limestone Hills East of Settle
&nbsp132.   Three Viaducts and a Tunnel of the Settle-Carlisle Railway
&nbsp...
&nbsp130.   By the Lancaster Canal and the River Lune
&nbsp129.   From the Delights of Downham to the Heights of Pendle
&nbsp128.   Spring around Scout Scar