This is one of several relatively short items about local walks during the first coronavirus lockdown, April - May 2020.


91. &nbspThe Littledale Cuckoos are Back!

The book Say Goodbye to the Cuckoo (McCarthy, 2009) ends with the question ôBut for how much longer?ö. This is referring to the return of our summer migrants û cuckoos, flycatchers, martins, nightingales, swallows, swifts, turtle doves, wheatears, wood warblers, yellow wagtails û the numbers of which had halved, on average, in the previous thirteen years. If this were to continue then for how much longer would we hear the cuckoo?

As the book elaborated, the disappearance of birds like the cuckoo would not just be a pity that might be shrugged off by urban-dwellers who have never heard a cuckoo and to whom it might be of as much importance as the disappearance of, say, chamber pots, charabancs and chastity belts û all just a side-effect of progress. However, the disappearance of migrant birds signifies that there is something fundamentally awry with complex global processes that had functioned for millennia and that we had celebrated for centuries, as in æSumer is icumen in, Lhude sing cuccuÆ which is an English song of about the 12th century. It might become too late to amend that awry-ness, which might have consequences other than the disappearance of birds.

It was always with some trepidation, therefore, that we set out, as had become our custom, on the late May holiday with a picnic breakfast or supper to Little Cragg in Littledale in order to listen for cuckoos. So far, we have not been disappointed. This year, things being somewhat different, we set out earlier in May, wondering if the cuckoos, if any, would have arrived yet. 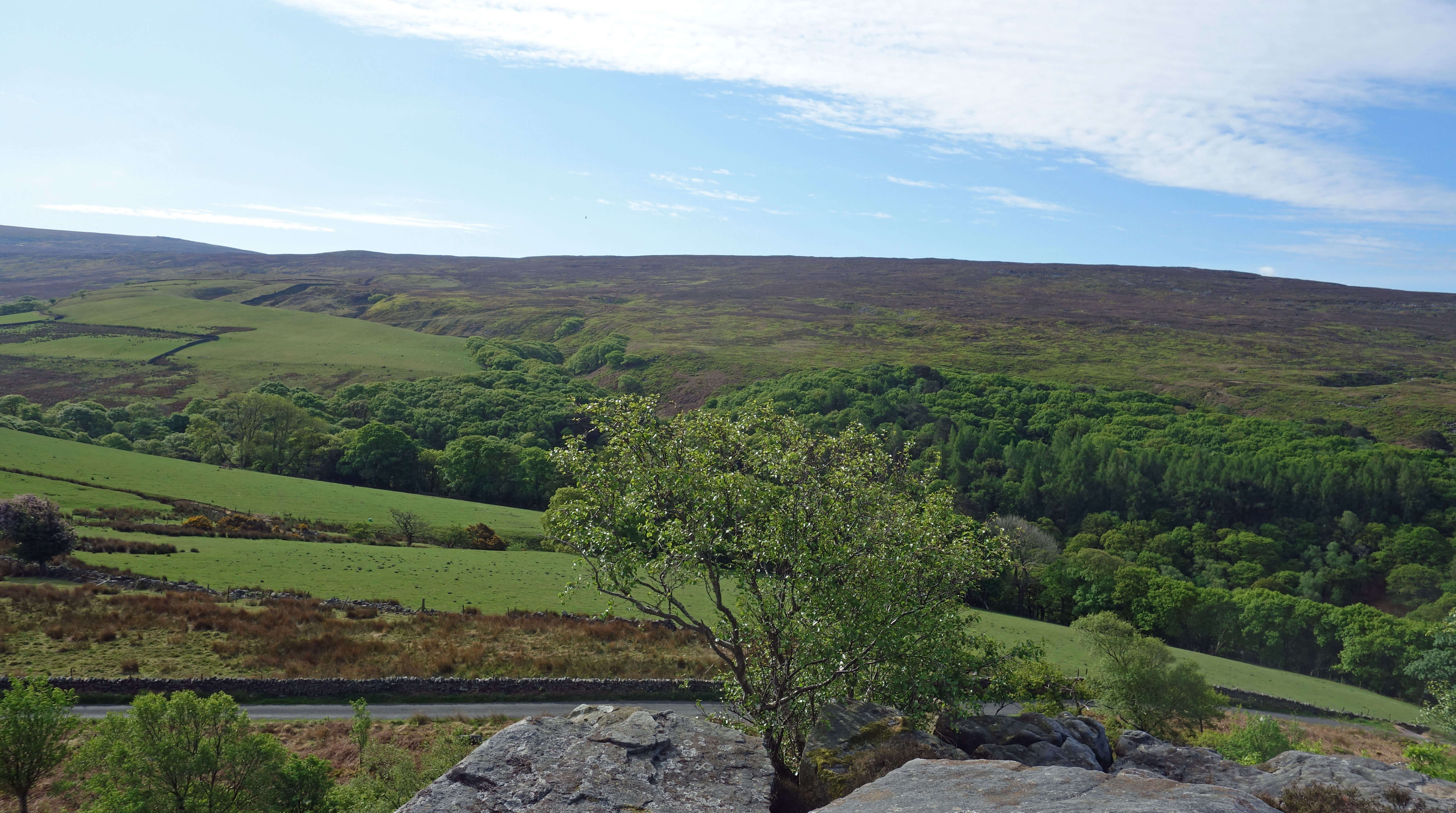 We set off early in the morning, with blue skies again û itÆs becoming hard to believe that our perpetual blue skies are unconnected to the global lockdown. Later in the day we saw a single jet besmirching our sky. We heckled it loudly but to no avail. At the cattle grid by The Cragg farm we walked across moorland north of Baines Cragg past agitated lapwings, and then climbed to the top of the millstone grit outcrop of the crag. From a height of only 214 metres Baines Cragg provides an excellent viewpoint. To the south were the moors from Clougha to WardÆs Stone with the valley of Littledale below. To the west there was a view over Morecambe Bay, with beyond Barrow the faint outline of the Isle of Man (80 miles away). To the north were the hills of the Lakes and Pennines. Many a minute can be spent trying to identify the various peaks. We were pleased to work out that a particular hump must be Skiddaw (over 50 miles away), visible through the Dunmail Raise gap to the west of Helvellyn. Viewed from Baines Cragg Skiddaw is on the horizon just to the right of Caton, seen in the near distance. 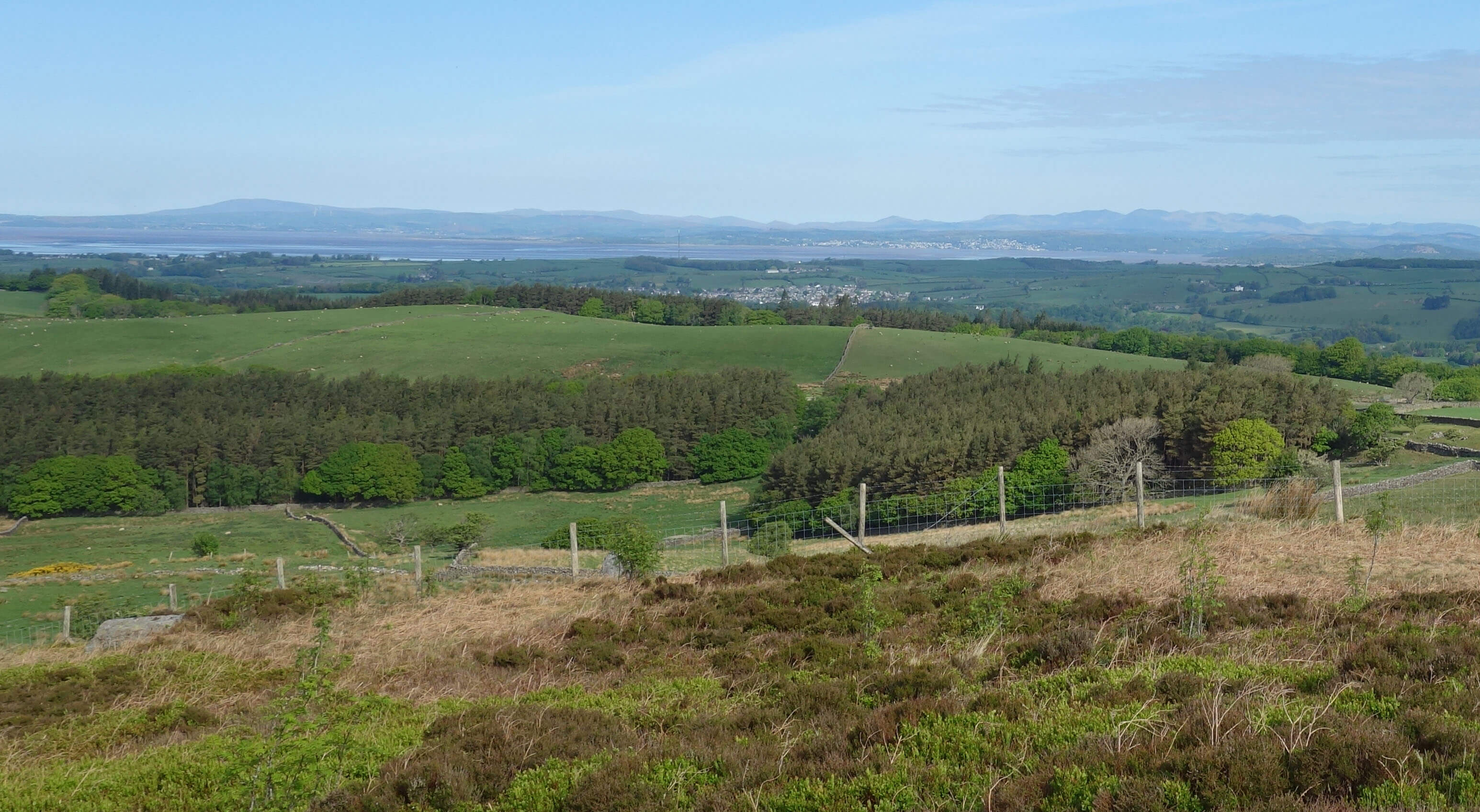 We were so engrossed that we might have missed the first faint calls. But they grew louder and went on and on, fifty or so cuckoos in a row à a pause and then more cuckoos à and so on. This is an excellent place to hear the cuckoo, for on a still day like today, the sound is held within the Littledale amphitheatre. We were inordinately pleased to hear what is in truth a rather monotonous bird call.

Everybody knows two things about the cuckoo: one is the call and the other is its mode of nesting. However, what everybody knows about the latter is only the broad outline. Experts still struggle to explain the mechanisms of the cuckooÆs brood parasitism. Female cuckoos use the nests of over a hundred species and yet produce eggs that match those of the host species. A particular female cuckoo belongs to a sub-species û the dunnock-cuckoo, the meadow-pipit-cuckoo, and so on û that lays eggs only in a particular host speciesÆ nest. The male cuckoo will mate with any female sub-species cuckoo û and does so energetically enough for the females to lay up to twenty-five eggs a season. The genetic explanation for all this is not fully known and if it were it would be too complicated for me. IÆm content to watch a fascinating film, The Cuckoo's Secret, made in 1921 by Edgar Chance û the first film to show how the cuckoo acts, and in particular how the cuckoo chick tips the other chicks and eggs out of the nest.


&nbsp92.   The Small-Leaved Limes of Aughton Woods
&nbsp90.   ôOne Form of Exercise û such as Walkingö to the River
A list of all Saunterings so far