Lancaster Council is considering a proposal to spend ú260m on 9,000 new houses, most of them within a ĹGarden Villageĺ, on green fields south of Lancaster. I am not competent to comment on the merits of this proposal ľ but I can at least walk through some of those green fields before they are no longer green fields.

I began at Scotforth, a southern suburb of Lancaster that was itself once a small village separate from Lancaster. The two became joined early in the 20th century by development alongside the A6, with terraced houses in Bowerham and Greaves. By 1933 there were no green fields between Lancaster and Scotforth. In subsequent decades the fields around the old centre of Scotforth were built upon, notably by the building of the Hala estate to the east in the 1970s, extending further south towards Bailrigg in the 1990s.

The new building (for student accommodation, I believe), replacing the old Filter House on the A6 at Bailrigg, looks peculiarly ugly to me. I hope that it hasnĺt set the standard for the new ĹGarden Villageĺ. I paused at the trig point on Burrow Heights where, from a majestic height of 59 metres, I could survey most of the green fields that are due to disappear. I understand that a Ĺgreen beltĺ will be left to separate the ĹGarden Villageĺ from Scotforth and, to the south, from Galgate. Otherwise building is planned on the wedge-shaped region between the A6 and the A588 (the road from Lancaster to Cockerham and Pilling). 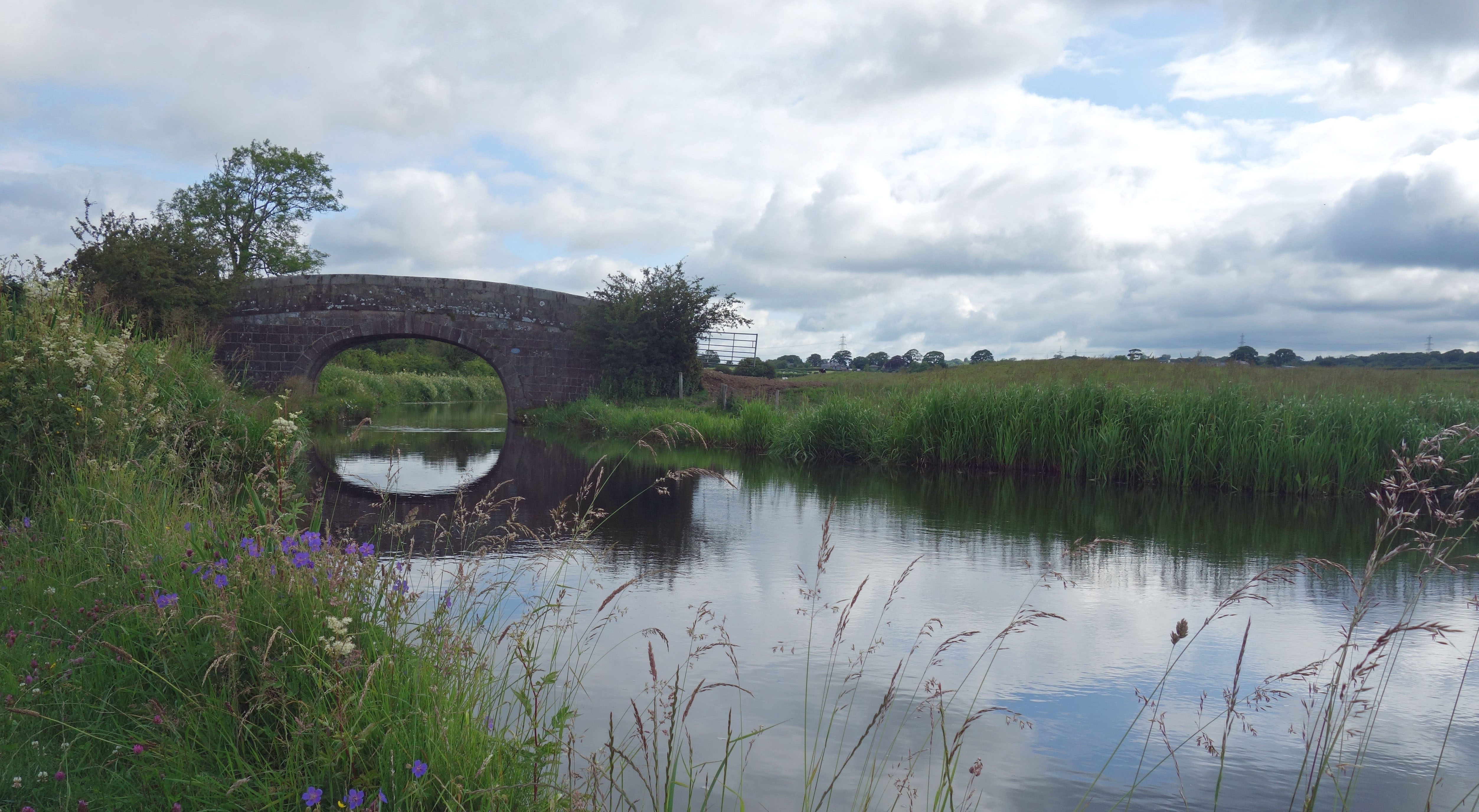 Also from the trig point I could see the Ashton Memorial, Clougha Pike, Hawthornthwaite Fell, Lancaster University, Fleetwood, Morecambe Bay and the Lake District hills. I wonder what I will be able to see when the new houses are finished. Judging from the map, the area to be built upon is about one-fifth or less of the area occupied now by Lancasterĺs housing. The latter houses 53,000 people. The new houses are for another 32,000. So, it seems, the houses of the ĹGarden Villageĺ will be either smaller, higher, or more densely packed than those of Lancaster.

From the trig point I walked to the canal and then south along the tow-path for two miles. I heard nothing but birds and one plane. I saw two people ľ a man by his canal-boat and a cyclist. I wonder what the canal will be like when the new houses are finished. The plan aims to ôretain [the] character and settingö of the canal and indeed ôthe heart of the garden village [is] to be near the canalö. I doubt that this stretch of canal will be peaceful with 9,000 houses nearby. At the least there will be a parade of dog-walkers with a dog-lead in one hand and a goody-bag in the other. Perhaps itĺs better that instead of a few people appreciating the canal a lot weĺll have lots of people appreciating it a little.

As I neared Galgate I left the canal to walk west. The plan proposes that work begins east of the canal in 2022 and west of the canal in 2031. So the green fields that I walked through on the way to the A588 are also due to disappear. There is, as far as I know, nothing special about these fields, today occupied by sheep and cows, and the isolated woods, today the home, no doubt, of some wildlife. But then Iĺm not sure that there will be anything special about the new houses. The concept of a ĹGarden Villageĺ baffles me. A village garden, yes, but a garden village? What is proposed doesnĺt seem very garden-y or village-y to me.

Just some green fields (plus pylons)

At Conder Green I left the area of the proposed new houses. This walk was another of my opportunistic outings ľ and this time I met up with Ruth for a coffee break at the Tithe Barn Hill lookout point in Glasson. We then walked along Marsh Lane to Crook Farm along the track that was well under water the last time we came this way (37). At Crook Farm we sat for some time with our binoculars, looking across to Fleetwood, Morecambe Bay and Sunderland Point. We were puzzled for a while by black objects well out to sea from Sunderland Point before realising that they were cows, waiting to be ushered inland by the incoming tide. We then had a pleasant lunch by the marina in Glasson, a village that has perked up somewhat from what it was like on our first visits here. If Lancaster does reach as far as Conder Green then Glasson will be next.